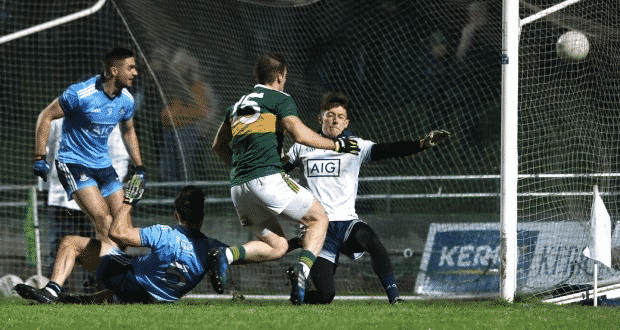 All of Ireland now looks to topple Dublin’s dominance in football. Like football, securing sports funding is another competition – it’s every county for itself. Over a weekend period last May, word began to spread about a Sports Capital Equipment-Only announcement, which came as no surprise on a week heading into European and local elections.

Many rural clubs and community groups were the first to hear of their success. Ireland is often a country of urban-rural divide; rural areas often feel like they are overlooked with perceived preference often given to Dublin. However, when it comes to the Sports Capital programme, this is not the case.

Allocation of 2018 funding has been divided, for the first time, into two tranches. Applications for only equipment-only were assessed and allocated first, with an announcement made last May. Those applications for capital (infrastructure), or a combination of capital with equipment, will be allocated in September according to recent public statements. In the recent May announcement, only the top 75% (by score received under the (DTTAS) Department of Transport, Tourism and Sport guidelines) of applications received funding, whereas in 2017 round every valid application received some funding. In addition, the trend of allocating more funding, on a per capita basis, to areas outside Dublin was more pronounced as illustrated in the table below. 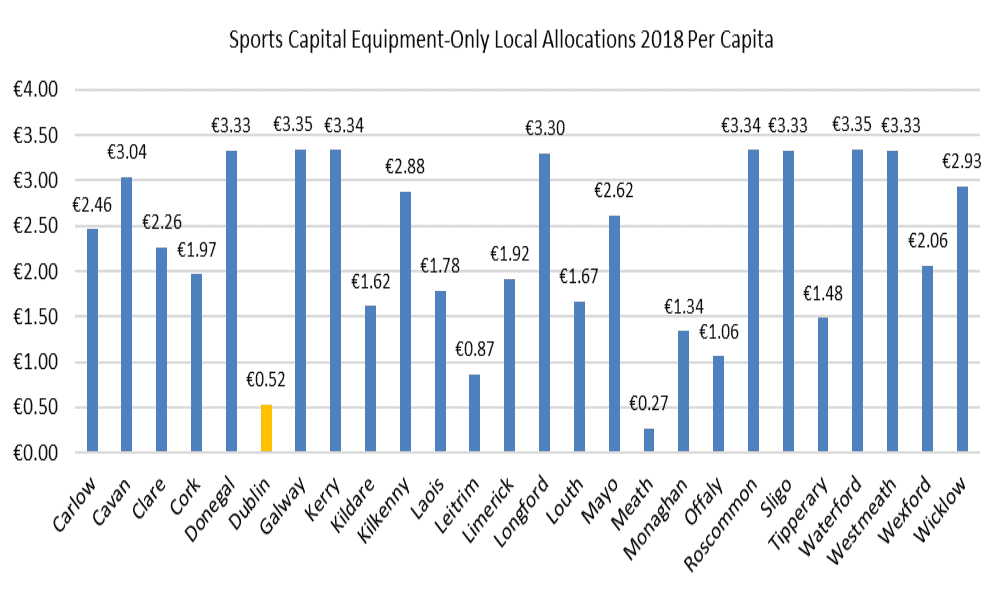 In recent years, the Sports Capital Programme made headlines over political intervention and prioritisation of more favoured sports in ministerial backyards, particularly in Dublin. However, an examination of the previous local rounds of the Sports Capital programme shows that Dublin consistently lags behind the rest of the country, despite a plethora of cabinet ministers (and a Taoiseach) in the greater Dublin area. With the 2018 equipment round the gap, on a per capita basis, between Dublin and the rest of Ireland has widened significantly. 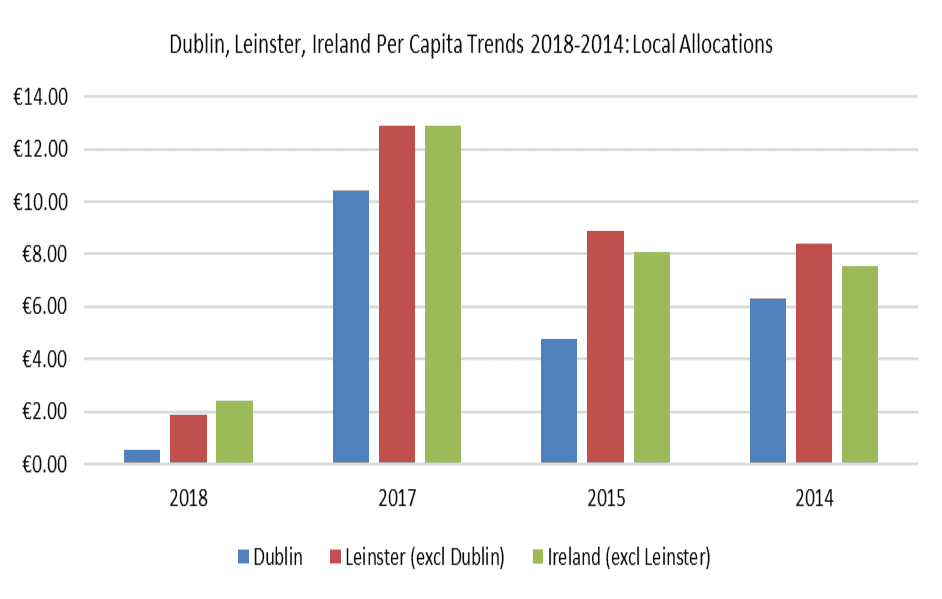 Dublin clubs, in total, sought over €19.6 million from the local fund of the 2018 Sports Capital Programme. Outstanding 2018 applications are expected to be announced in September, with a new round expected to open in November. It will be interesting to see if some rebalancing of the allocations will occur and if Dublin can bag a few goals of their own.

Darren McMahon is a Consultant at 2into3, specialising in Sports Capital Consulting and Masterclasses. For more information, please contact Darren at Darren.McMahon@2into3 or +353-1-234-3127.

https://2into3.com/wp-content/uploads/2019/06/per-capita-pic-1.png 330 620 Robert White https://2into3.com/wp-content/uploads/2021/03/2into3-transformingnonprofits.png Robert White2019-06-17 15:57:002019-06-17 15:57:00Sports Capital 2018: Mapping Per Capita Trends by County
Scroll to top
We use cookies on our website to give you the most relevant experience by remembering your preferences and repeat visits. By clicking “Accept All”, you consent to the use of ALL the cookies. However, you may visit "Cookie Settings" to provide a controlled consent.
Cookie Settings Accept All
Manage consent